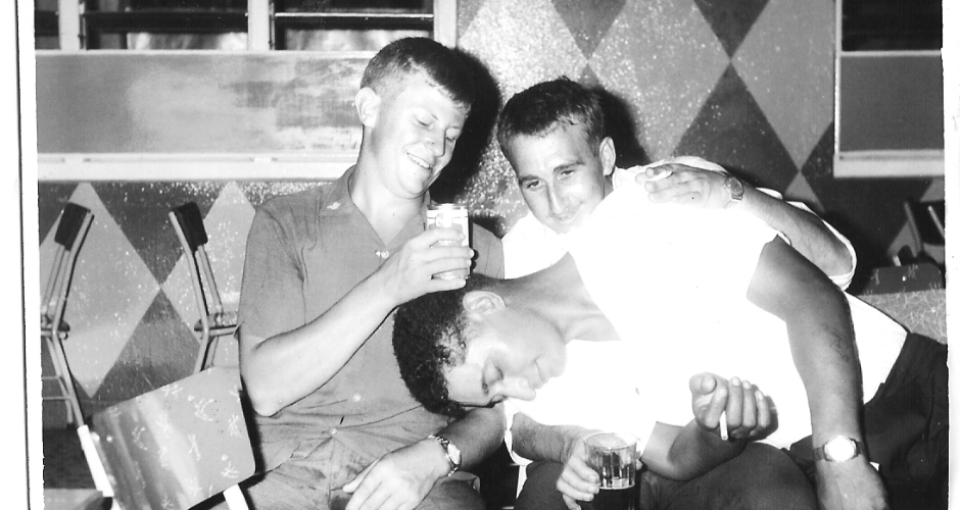 From left: Me, Aussi and Charlie. In-depth discussion on the geopolitical situation in Singapore. 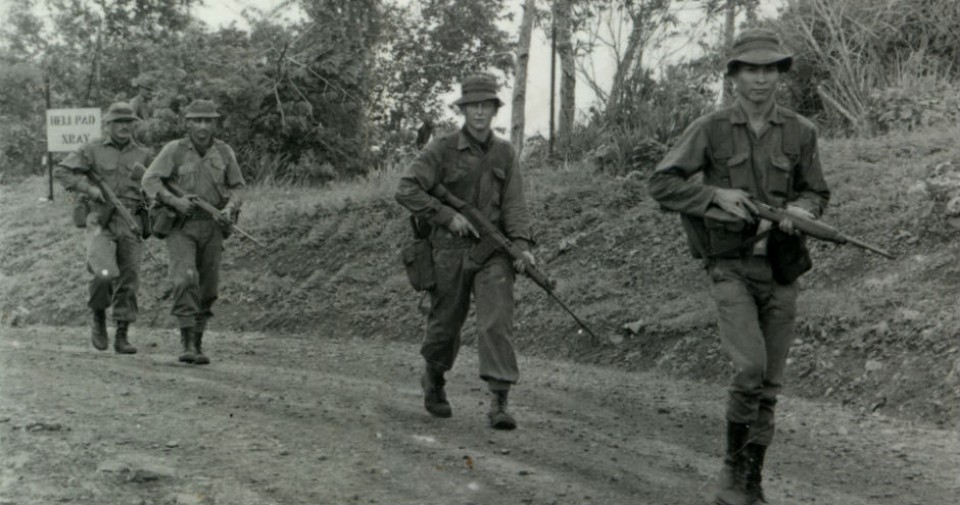 Front man is an ARVN (Sth Vietnamese) interpreter. I'm next in line, as we join up with the rest of the platoon prior to the patrol. 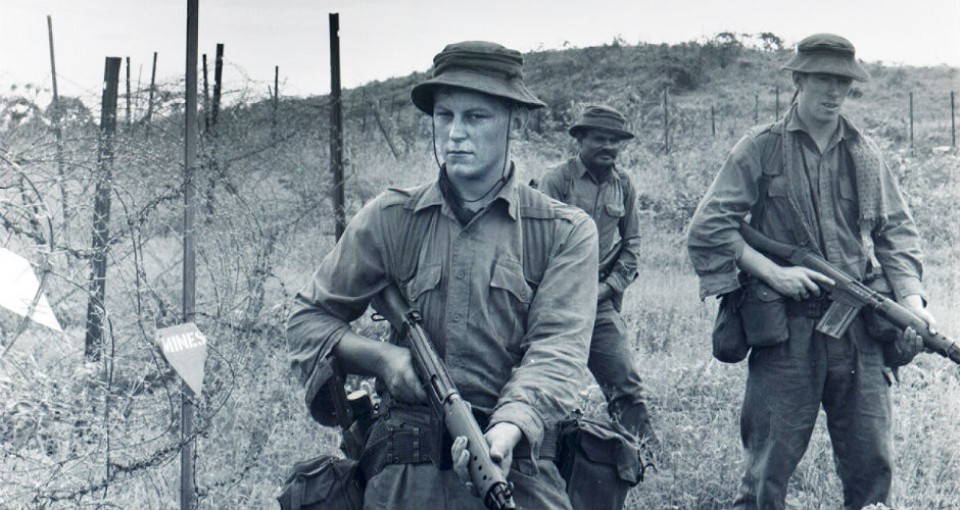 Brian Wilson Patrolling Along the Wire on the Minefield 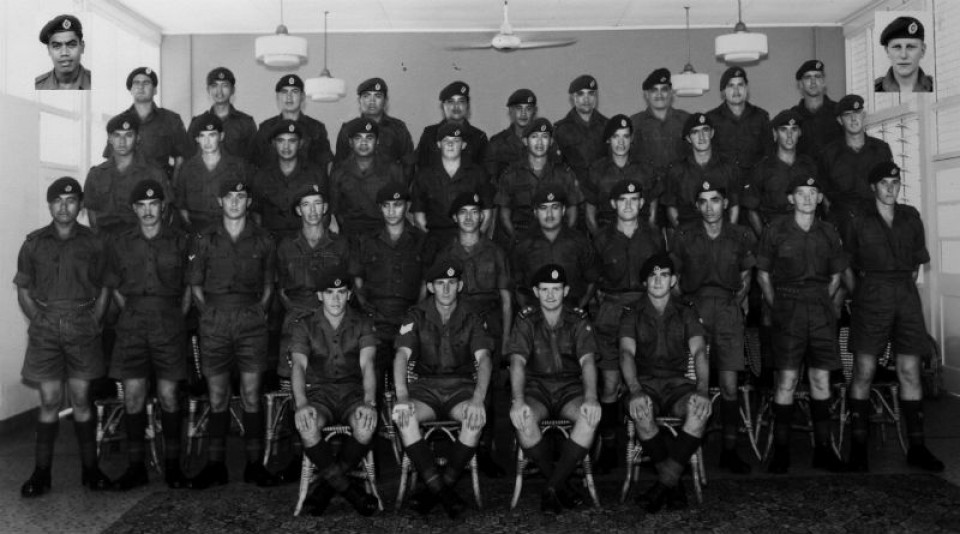 One Platoon - We Band of brothers 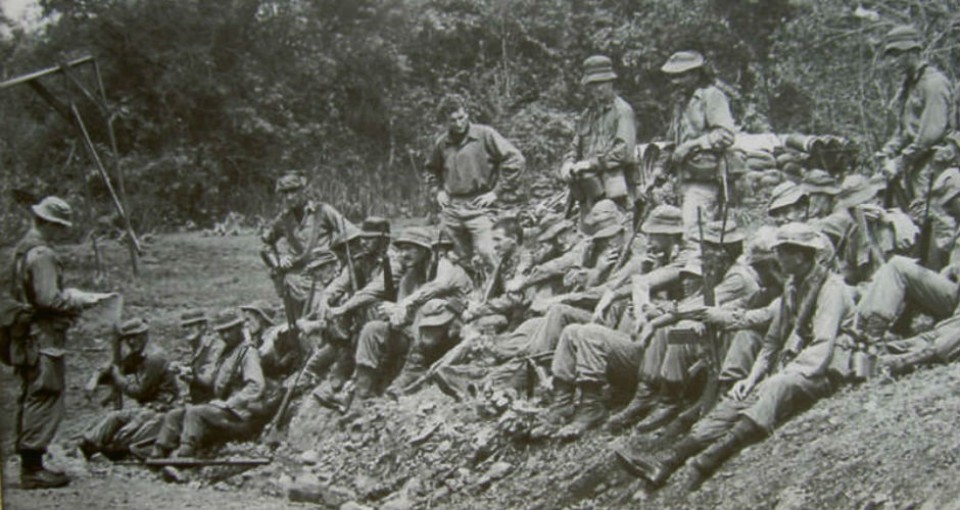 Briefing for a night Ambush; Platoon Commander, Red standing on left, doing the briefing...me standing on far right with a bagful of grenades. 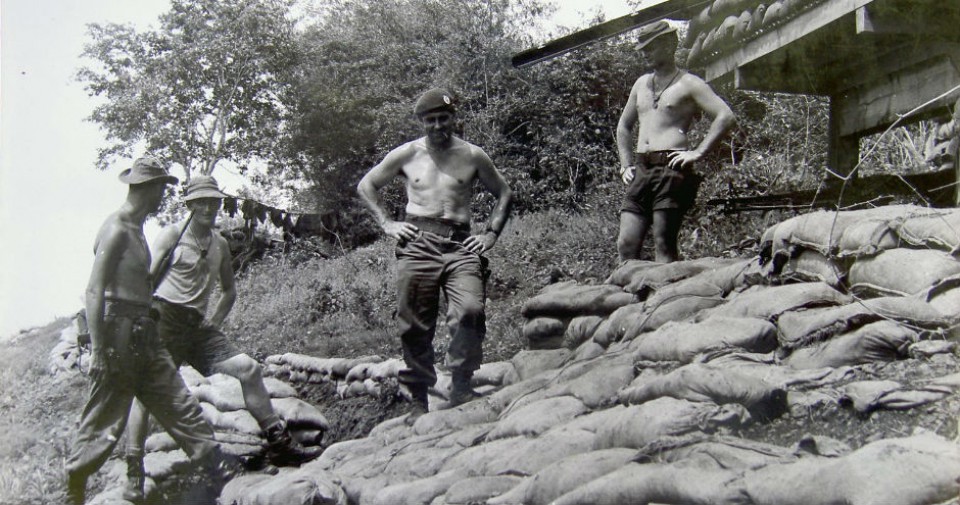 Sentry post on “The Horseshoe” The bunkers and crawl trenches have just been completed and are being inspected by the Officer group. 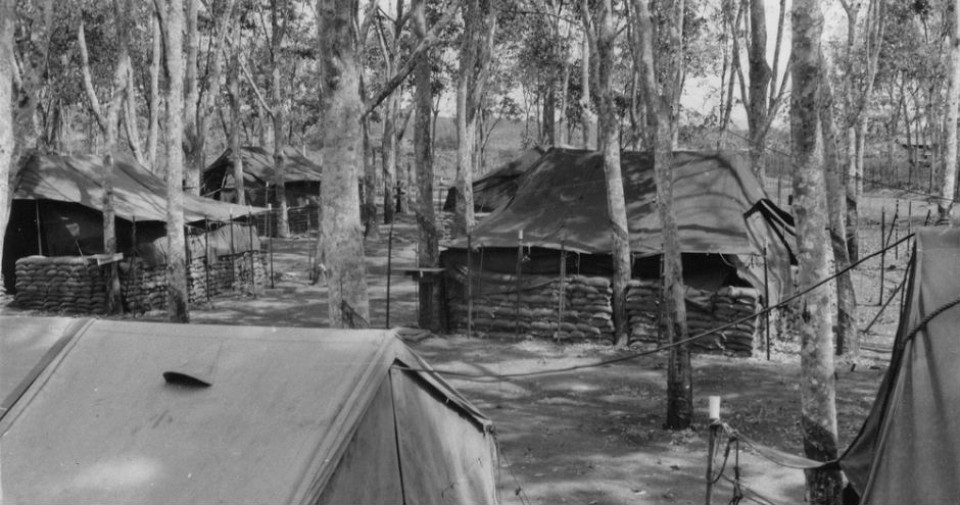 Nui Dat Base – One Platoon lines. Two-man bunkers – sunken – with overhead tent. The base is an old rubber tree plantation.

About The Author – Brian Wilson

I am a 73 year old Vietnam Veteran. At aged 20, I dropped out of University and sound employment to join the New Zealand Army to fulfil a boyhood dream of “being a soldier”.

It was more than that. I had had, up until then, experienced a stable, “successful” childhood: sound education, English scholar, competitive field hockey and rugby, captain of the college 1st Eleven (cricket), head prefect in my final year of high school…and more fantastic girlfriends than you could “shake a stick at!” 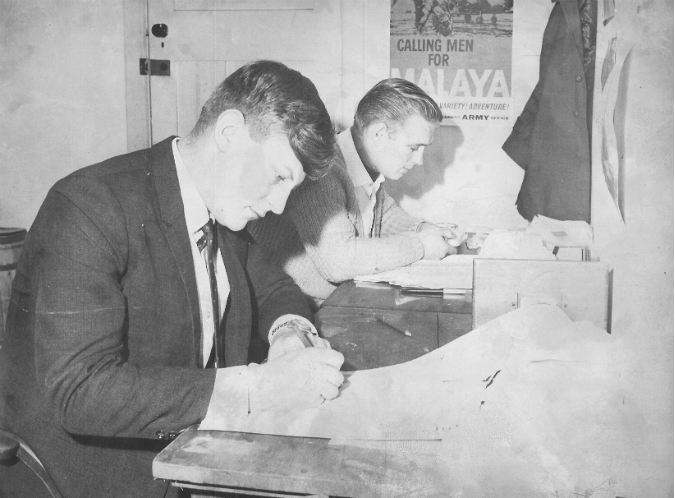 I thought –“why not me? I’d done it all. What more could life offer me?” I had been happy and successful so far; what did it matter if I got killed in a war somewhere…like my ancestors.

And then the real reason crept up on me…how would I react to being shot at? I wanted to find out. Was I a coward, or the opposite? And about those ancestors…from what I knew of my male forebears, I did not have a whole lot of heroes to look up to. In fact, with one or two exceptions, I suspected that most of the men in my ”tree” were very successful at being essential to home front duties when past bugles had played and flags were waved.

So here was my chance to wrack up a few points for my DNA’s team.

So it had to be the Infantry or nothing (real soldiers carried a rifle and crept through the bush – and my boyhood games had proven to me that I was damn good at both! ).

One sunny lunchtime in 1965, I wandered down to the Wellington recruiting centre in Buckle street (a street with a very proud and long military history) and signed up. At the time I was working nights in a parallel street two blocks away – Vivian Street (also a very proud and long history). Readers who are familiar with Wellington in the ‘60’s will get an inkling of the type of work I was involved in…and you are partially right…

I was, at the time, studying Pol.Sci & Asian Studies part-time at Victoria University, working days at a small publishing company as a journalist/sub-editor and spending nearly all of the hours of darkness at “The Purple Onion” where my exotic, vivacious and extremely shapely girlfriend was a lead “dancer”…one of the few genuine female dancers in Vivian Street (he hastened to add).

After getting in the owner’s way every night for a couple of weeks, taking up space that could be used by a real “punter”, I was offered a job as light-man and choreographer…two more skills that I could put in my impressive sack of experiences. The added attraction was permission to share my dancer’s broom closet/bedroom from closing time, 3.00 am, till I went to work at 8.30 am each day. 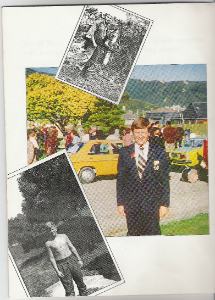 Who knows where that career path would have taken me…the call to attend basic training as a soldier saved me from a path of definite immoral behaviour to a profession that was just as ancient and honourable as my Dancer’s…but where right and moral behaviour was far, far more difficult to define and differentiate from “wrong”. And this is where my true stories begin…I’ll tell the true stories – you decide what was right and what was wrong.

Why am I doing this?

I don’t know…maybe when its all done and we are all tired of this narrative, I will feel better, my step lighter (though that’s not going to happen, as you will find out), my spirit at peace and my essence ready to depart this mortal coil, replete and satisfied…